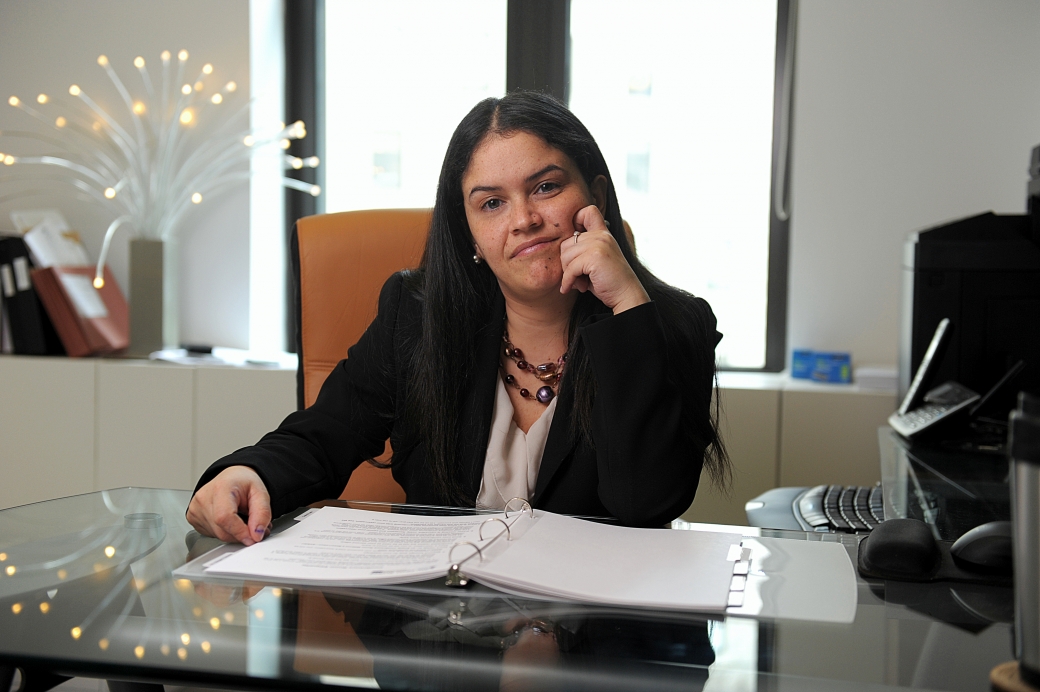 This week in Young, Hungry and Committed, virtual office NYC attorney, Vivian Sobers explains why the rock and the hard place only exist in your mind…

I was running between court appearances yesterday. And, when I say, running, I mean, literally running. I find a great deal of satisfaction in my mastery of running in high heels. In a way, this skill validates my own form of feminism.

As I was getting in my daily exercise, I was, of course, tangled  in my own thoughts. I was playing out my argument for the next case and anticipating what promised to be a ridiculously contentious appearance.

In my opinion, the anticipation of what might happen is the best part of litigation. It allows me to feel creative and not so boxed in by the black letter of the law. So there I was, ignorant of my surroundings, when I heard the prolonged  HOOOOOOONNNNNNKKKKK of a horn and the faint, emanating smell that was the result of the a relationship consummated  by rubber and asphalt.

My body didn’t react. It was like a movie montage in slow motion. I was paralyzed by what I could only assume was fear. But, it wasn’t even fear. Fear requires some type mental understanding that there is something to be afraid of. No, this paralysis was brought on by the unknown.

Long story short, I barely missed out on becoming a New York cliche: being hit by a yellow cab.

Later, after the adrenaline of my successful court appearance wore off, I actually began to think my body had succumb to.

In a weird way, it reminded me of the paralysis I had when trying to decided to start a law practice. Many of you know the story of how and why I started my own law firm. Basically, necessity was the mother of invention: If I could not get a job at law firm, I would start my own and give myself a job.

While this may seem like an organic decision, it was anything but. No, my decision was chock full of preservatives and their nasty side effects.

I suffered through months of what I call analysis paralysis. This is a syndrome that prevents many attorneys from committing to going solo.

Analysis paralysis is a disease prevents people from making an affirmative decision. It’s main symptom is “what if”.

What if I can’t get any clients?

What if I make a mistake during representation?

What if my business plan is flawed? What if I fail?

These what if’s and many more floated through my head as my job prospects became bleaker and bleaker. In fact, I probably should have started my own firm a few month’s earlier than I did, but analysis paralysis reared its ugly head.

I see this disease all the time when I am discussing my practice with firm employed attorneys. Their intonation and body language screams that they want to be their own boss, but their their mind prevents them from doing what they know, deep down, in their gut, is right.

I am here to tell you that this disease is normal and affects almost 100% of lawyers choosing to go solo. In fact, I still suffer from it sometimes. There are fleeting thoughts that pass through my otherwise determined headspace that contemplate questions like: What if this may have been the wrong decision? What if I had kept sending out resumes?

Fleeting is the appropriate word, because the thoughts dissipate almost as soon as I am cognizant of their awareness. For me, starting my own firm was the right decision. In fact, I truly believe it was the only decision I could have made.

Want to learn more about how to become a successful solo attorney?

Get our eBook: “Virtual Lawyers Dish Strategies For Success”